While the Pharmacy Proud movement is a national identity, our attention is to our local communities and independent pharmacies. Accompanied with this is more personal attention to customers that are like family and the loyalty of these individuals. Their health always comes first.

These values are entities that big box pharmacy chains have strayed away from and essentially lost. There’s evidence of this in a recent Courier-Journal article which states, “Kentucky has fined Caremark PCS Health with a $1.5 million fine for committing hundreds of violations in processing claims of individual pharmacies.” Caremark PCS, a national pharmacy benefit management company is also an affiliate of the drugstore chain giant CVS.

Where Are the Ethics?

The State Department of Insurance put on one-year probation the company dominating Kentucky’s Medicaid prescription drug business, processing most of the pharmacy claims for the $11 billion-a-year government health plan for low-income and disabled people.

The department found violations in 454 claims for reimbursement, according to a news release Monday. It also found 38 violations in cases where Caremark provided inconsistent or inaccurate information to the department, it said.

“The department simply does not issue penalties of this nature lightly,” said Patrick D. O’Connor II, the insurance department’s deputy commissioner for policy. “However, we have to ensure companies fully comply with our laws to protect consumers and other businesses.”

A Caremark spokeswoman reported that the company officials were reviewing the terms of the order. However, the company “respectfully disagrees” with the findings and officials are “exploring our options,” said spokeswoman Christine Cramer.

Cramer states CVS Caremark is “committed to fairly reimbursing pharmacies in our network while providing a cost-effective benefit” for clients they serve.

Caremark operates in Kentucky as a pharmacy benefit manager. They act as a middleman in processing the prescription drug claims pharmacists file when seeking reimbursement from health plans (including Medicaid). The company handles claims for four of the five managed care companies that oversee about $7.3 billion of the state’s Medicaid business.

Pharmacy benefit companies have drawn fire in Kentucky, from the state’s nearly 500 independent pharmacies who say outside companies routinely cut costs at their expense and refuse to pay them full reimbursement.

“We were losing money on every Medicaid prescription,” said pharmacist Rosemary Smith, who owns six independent drugstores in Eastern Kentucky with her husband, Luther, also a pharmacist.

Rosemary Smith said the state’s enforcement action came after members of the organization she and her husband founded, the Kentucky Independent Pharmacists Alliance, filed hundreds of complaints, alleging Caremark was refusing to pay them the actual costs of Medicaid prescriptions they filled.

“This is huge,” she said, adding that she hopes it will lead to a fairer system for the state’s independent pharmacists.

Legislation to Help Independent Pharmacies, Like Those in Pharmacy Proud

In 2016, Kentucky pharmacists supported successful legislation that allows them to file complaints about how pharmacy benefit managers process claims. An investigation of such complaints led to the enforcement action announced Monday, the department said.

This year, independent pharmacists helped push through legislation aimed at pharmacy benefit management companies such as CVS Caremark. This legislation requires them to provide more information to managed care companies they serve, who in turn must report that to the state. It also empowers the state to set rates paid to pharmacists rather than the outside companies.

Pharmacists and some lawmakers complained the pharmacy benefit companies (as subcontractors to health insurance companies) operated largely in secret with little oversight. 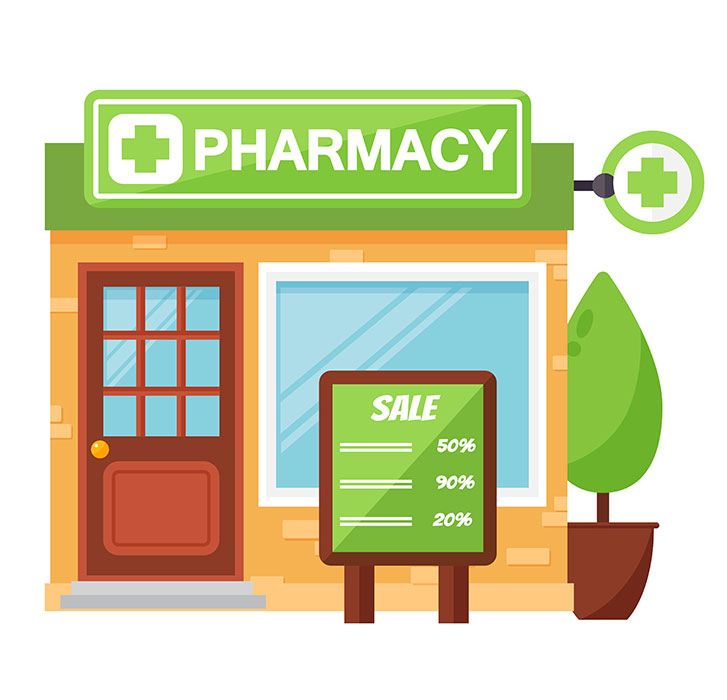 Pharmacy benefit companies have drawn increasing scrutiny in states including Ohio, Arkansas, and Kentucky as their growing power to set prices has prompted protests from independent pharmacists who say they lack the power and resources of the large drugstore chains.

Smith said she hopes Monday’s fine leads to closer scrutiny of the industry that profits at the expense of community drugstores.

“I think this should set a precedent,” says Smith.

As an owner of an independent pharmacy, I agree with Rosemary. As big-box pharmacies cut corners, it’s the smiling faces behind your local pharmacy’s counter that suffer. We hope to continue to grow the Pharmacy Proud movement and, in turn, become a cornerstone for the longevity of this industry as opposed to the chains who lack the community mentality and customer service that independent pharmacies possess.